The Steve Prescott Foundation (SPF) is a registered charity and is the legacy of Steve Prescott MBE who passed away in November 2013. Steve played rugby league for St Helens, Hull FC and Wakefield Trinity Wildcats and was a Great Britain and Ireland international. Steve was diagnosed with a rare abdominal cancer, pseudomyxoma peritonei (PMP) in 2006 and formed the SPF in 2007 to raise funds for and awareness of the Rugby League Benevolent Fund and The Christie in Manchester. Steve undertook many physically and mentally exhausting challenges during his illness to raise funds and awareness of the charities close to his heart. This was rewarded in 2010 when he received a MBE for his services to charity.In October 2013, Steve Prescott underwent the first multi visceral transplant for a PMP patient in the world. He had beaten cancer but on November 9th 2013 he died after the donors’ organs rejected Stephen; this is known as Graft Verses Host Disease (GVHD). Steve’s bravery in pushing for the approval of this pioneering surgery in UK has saved four lives so far, and it is projected that this will go worldwide when many more lives will be saved in the future.Steve’s amazing story is told in the hugely successful autobiography called “One in a Million”.Steve Prescott continues to inspire a generation and in 2014 the RFL honoured his contribution to rugby league by naming the most prestigious individual honour in Rugby League for the player who makes the biggest impact on the Super League as the Steve Prescott Man of Steel award. In 2015 the SPF announced the creation of the SPF Special Causes Fund. This will allow those hospitals, researchers and surgeons who deal in Psuedomyxoma related conditions and multi visceral transplantation to apply for grants to the Trustees of the SPF who will ensure that the money allocated will have a direct and significant effect on people’s lives.Precky continues to be a source of inspiration to so many people. This includes the party of 38 volunteers who climbed to the summit of Mt Kilimanjaro in 2015 and are officially in the Guinness Book of World Records for playing the highest altitude game of rugby league.In 2016 the SPF reached the fantastic Million Pound Milestone of donations to its chosen charities. Annual SPF challenges include the St Helens 10k in March and the St Helens Triathlon in September as well as the Pride of St Helens Awards in association with the St Helens Star each November.Events for 2018 include Team K3 Zadara Race across Europe Cycling Challenge in July. A party of 34 volunteer trekkers will tackle Everest Basecamp in October 2018.www.steveprescottfoundation.co.uk Registered charity Number 1121395

With the Current Coronavirus outbreak we have currently suspended the registration and are currently reviewing the event with a close eye on how the situation is unfolding.

All who have entered will be offered deferred places for next year should 2020’s be cancelled. 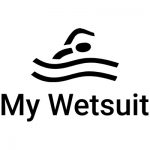